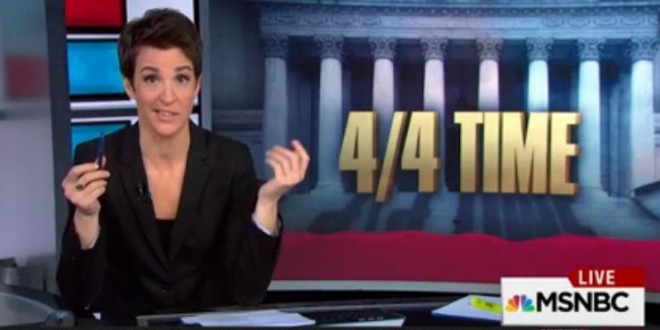 Rachel Maddow notes that not only does the United States need a fully functional Supreme Court, but Americans deserve one. And Republicans are threatening to damage the structure of America’s system of government by insisting that President Barack Obama not perform his duty as president.