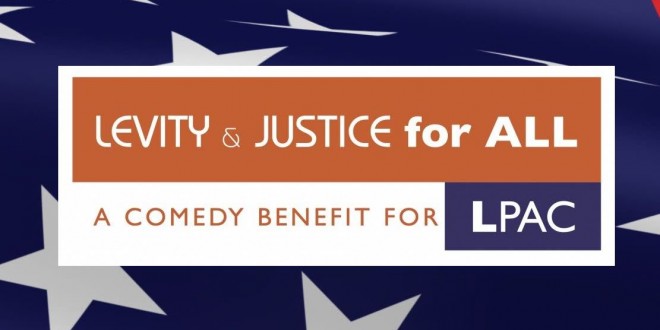 Former Late Show with David Letterman Executive Producer and Showrunner Barbara Gaines will produce the show. Award-winning cartoonist and author Alison Bechdel will be designing an original poster for the event. Levity & Justice for All will take place at the historic Town Hall on June 16, 2016, and will celebrate the political voices, humor, and activism of LGBTQ women, inspiring and motivating those in attendance to actively participate in the 2016 election.

“Lesbian and queer women are on the cutting edge of cultural change,” said Kate “Hilarity” Clinton. “Our comedy has always delivered pointed political commentary and helped inspire activism. I am thrilled that LPAC and this stellar line up of comics will take center stage in this critical election to urge our communities to get involved politically and to vote!”
As the first national LGBTQ organization to endorse Hillary Clinton for President, LPAC plans to invest more than $500,000 – including the proceeds of the evening’s event – to get out the vote, and inspire women, young people and the LGBTQ community to support Secretary Clinton and the LPAC-endorsed 2016 slate of progressive candidates.