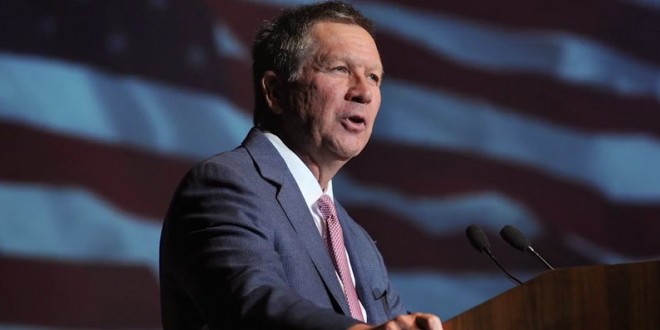 Kasich, who identifies as an Anglican, and personally believes that marriage is between a man and a woman, was asked a variety of questions ranging from the topics of climate change, religious freedom, immigration and creationism. Reports note that at times Kasich was careful in his responses, including in discussing religious freedom.

He suggested that while churches should have conscience protections, businesses should “move on” in regard to homosexuality.

“I think frankly, our churches should not be forced to do anything that’s not consistent with them. But if you’re a cupcake maker and somebody wants a cupcake, make them a cupcake,” said the Ohio governor. “Let’s not have a big lawsuit or argument over all this stuff. Move on. The next thing, you know, they might be saying if you’re divorced you shouldn’t get a cupcake.”

Previous Romney: Is A Bombshell In Trump’s Taxes? [VIDEO]
Next VIRAL VIDEO: Today In Creepy Robots