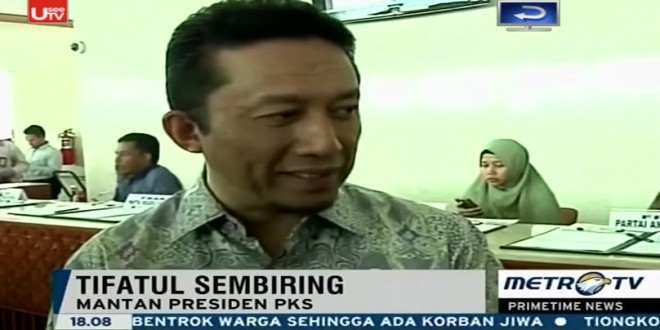 INDONESIA: Member Of Parliament Tweets Then Deletes Call For Homosexuals To Be Put To Death

On Friday, Indonesia’s former Information and Communications Minister Tifatul Sembering, tweeted, “A saying of the Prophet [Mohamed]: Whomever you find committing the acts of the community of Lot (homosexual) should be put to death.” Sembering is now a member of Parliament from the Islamist Prosperous Justice Party. His tweet is the latest example of a rise in anti-LGBT rhetoric by high-profile politicians in an uproar that began in January. On Monday, Defense Minister Ryamizard Ryacudu said the LGBT community is more dangerous than nuclear weapons, because “it skews the mindset of our nation away from our base ideology.”

Sembering later deleted the tweet, spurring a newspaper to claim that he’d been “bullied” into silence.

Previous Trump Vows To “Open Up Libel Laws” So He Can Sue Media For Negative Stories About Him [VIDEO]
Next PANIC: GOP Donors Seek Independent Candidate