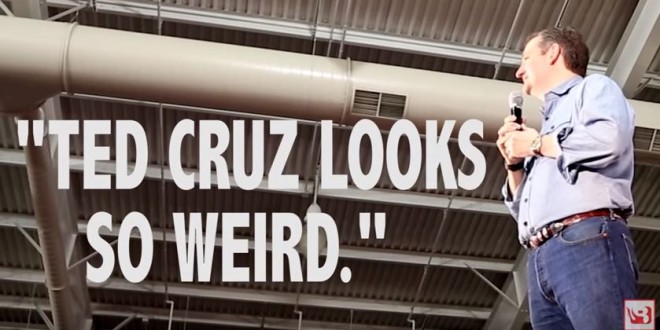 Heckler Pretends To Hurl At Sight Of Ted Cruz [VIDEO]

Ted Cruz didn’t get far into his speech at his Iowa caucus eve rally before he got an unwelcome interruption. “God bless Iowa,” Cruz began. “God bless you!” someone in the audience shouted back. “Ted Cruz looks so weird,” a man then began yelling toward the back of the venue. “Ted Cruz looks weird!”

The man pretended to vomit into a trash cash before he was escorted out of the event. It was unclear whether he was a heckler or disturbed. “I guess the bars let out early,” Cruz quipped, noting to scattered applause that the First Amendment protects his critics. The Texas senator then asked, “Is that Donald Trump yelling in the back?”