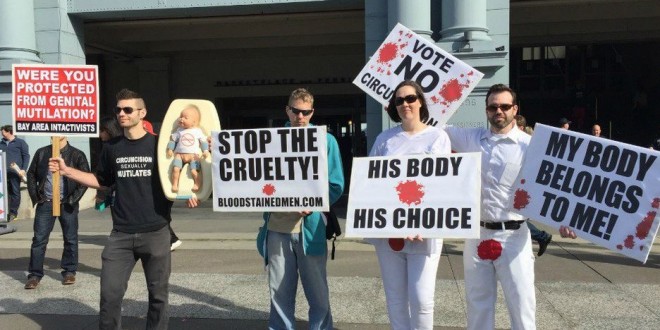 Radical fringe groups like Westboro Baptist and social justice groups took advantage of the Super Bowl media spotlight this weekend to stage protests across the Bay Area. Among them was a group of anti-circumcision “intactivists” called the Bloodstained Men. Glenn Beck came across the group near San Francisco’s Ferry Building and today he mocked them on his show, calling their campaign “another attack on Jews.” Listen below.

Previous KUWAIT: Family Claims US Lesbian Couple Has Been Sentenced To 25 Years In Prison For Being Gay
Next LAUNCHED: My New Column In Britain’s Pride Life