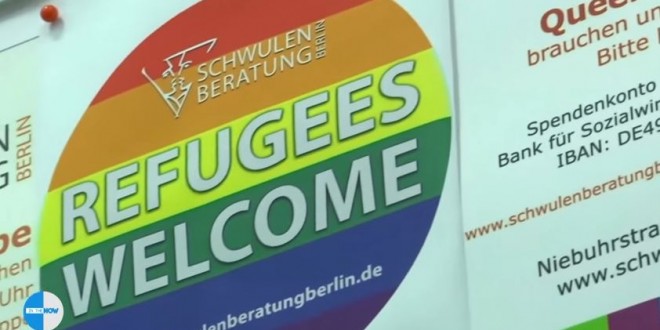 As reported here several times, LGBT refugees from Syria and other nations continue to face abuse and violence in Europe’s burgeoning refugee centers. Yesterday authorities in Germany did something about it. Via The Local:

Germany will on Tuesday open a shelter for homosexual refugees with space for more than 120 people, the association behind the project said. Speaking at a press conference on Monday, Marcel de Groot, who runs the Schwulenberatung advisory centre which is responsible for the project, said the Berlin shelter will house gay, lesbian and transsexual migrants.

Many gay asylum seekers come from countries where their sexual orientation “is considered a crime,” de Groot said. The discrimination, with verbal and physical violence, often continues in Germany as they are targeted by other refugees or even security personnel, he said.

“There are stories of violence in shelters in Berlin,” which are often crowded and offer little privacy, he said, stressing that people must be able to “live without fear of violence or discrimination”.

A much smaller eight-bed shelter for LGBT refugees opened in Nuremberg earlier this month.