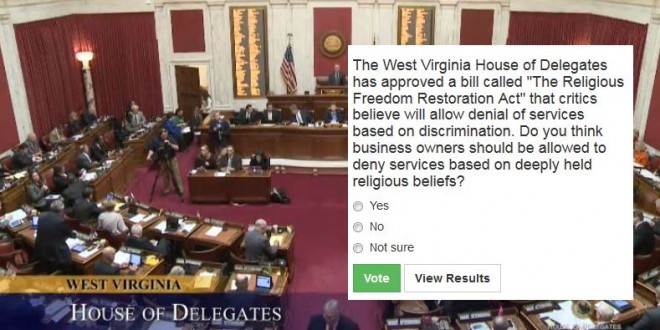 Yesterday afternoon the West Virginia House of Delegates overwhelmingly approved a bill that would legalize discrimination against LGBT citizens on the basis of “sincerely held religious beliefs.” The bill now goes to the West Virginia Senate, where the GOP holds a slim two-seat majority. Today the Huntington Herald-Dispatch wants to know what you think. You know what to do.

Previous Glenn Beck: Donald Trump Is A Fake Christian
Next Happy Birthday To You Is Now Free To Use