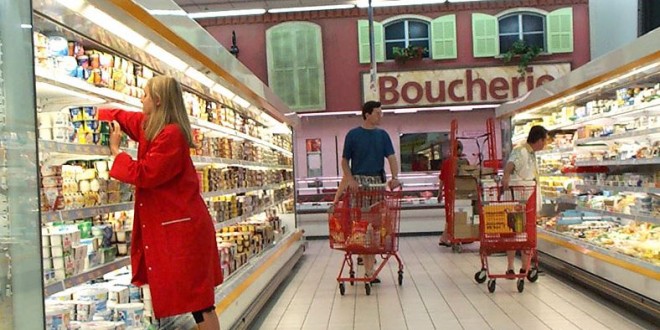 France has become the first country in the world to ban supermarkets from throwing away or destroying unsold food, forcing them instead to donate it to charities and food banks.

Under a law passed unanimously by the French senate, as of Wednesday large shops will no longer bin good quality food approaching its best-before date. Charities will be able to give out millions more free meals each year to people struggling to afford to eat.

The law follows a grassroots campaign in France by shoppers, anti-poverty campaigners and those opposed to food waste. The campaign, which led to a petition, was started by the councillor Arash Derambarsh. In December a bill on the issue passed through the national assembly, having been introduced by the former food industry minister Guillaume Garot.

Supermarkets will also be barred from deliberately spoiling food in order to stop it being eaten by people foraging in stores’ bins. In recent years, growing numbers of families, students, unemployed and homeless people in France have been foraging in supermarket bins at night to feed themselves. People have been finding edible products thrown out just as their best-before dates approached.

The European Union will now be pressured to adopt a similar law for its member states.