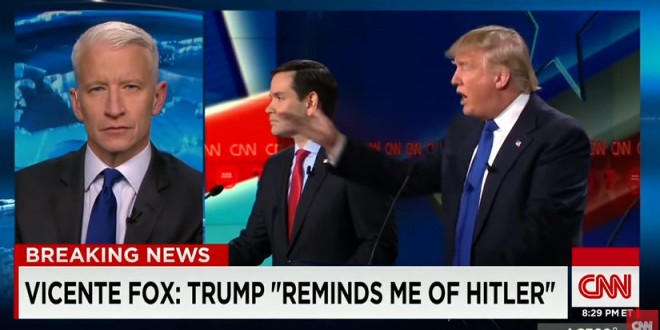 Former Mexican President Vicente Fox on Friday kept up his withering criticism of Donald Trump, saying the GOP front-runner reminds him of Adolf Hitler. “Today, he’s going to take that nation (U.S.) back to the old days of conflict, war and everything. I mean, he reminds me of Hitler. That’s the way he started speaking,” Fox told CNN’s Anderson Cooper in a phone interview on “Anderson Cooper 360.”