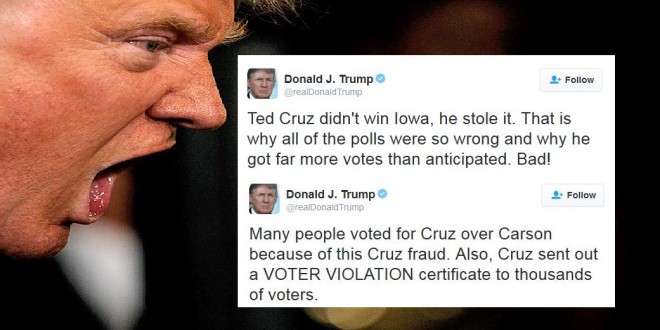 Last night Cruz apologized to Ben Carson because the Cruz campaign had lied to Carson supporters, telling them at the Iowa caucuses that Carson was dropping out. We’ll never know how many delegates Cruz picked up with what Carson calls a “dirty trick.”

UPDATE: Trump is now calling for a do-over.