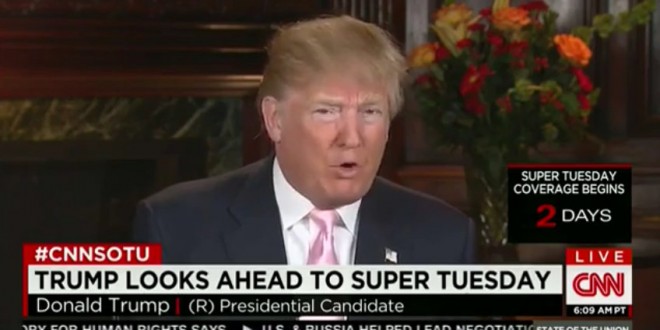 Seriously. This just happened. TIME recaps the clip below:

Donald Trump on Sunday refused to condemn the Ku Klux Klan or disavow his recent endorsement by former Klansman David Duke. The Republican front runner said he didn’t know enough about Duke to publicly denounce the former KKK leader, who told his followers earlier this week that voting for anyone but Trump would be “treason to your heritage.”