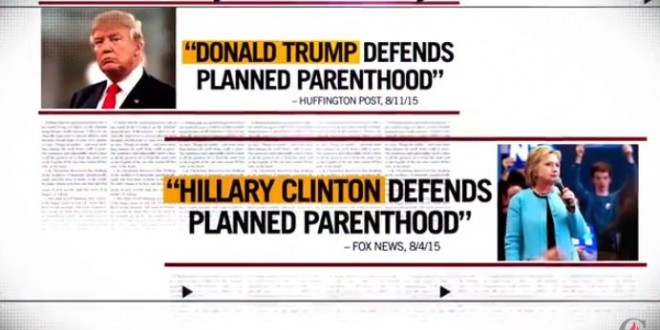 Todd Starnes is thrilled about the new Ted Cruz ad:

Donald Trump accused Sen. Ted Cruz of lying about his position on Planned Parenthood during Saturday night’s Republican Presidential Debate in South Carolina. Cruz pointed out that for most of his life Trump had been “very pro-choice” and had once described himself as a “supporter of partial-birth abortion.”

“You notice Donald didn’t disagree with the substance that he supports taxpayer funding for Planned Parenthood,” Cruz said. “And Donald has this weird pattern, when you point to his own record he screams, ‘liar, liar, liar.’”

Later in the bitter exchange Trump finally admitted that Planned Parenthood “does do wonderful things but not as it relates to abortion.” On Sunday, the Cruz campaign released an advertisement proving who was telling the truth during last night’s debate. Watch for yourself.