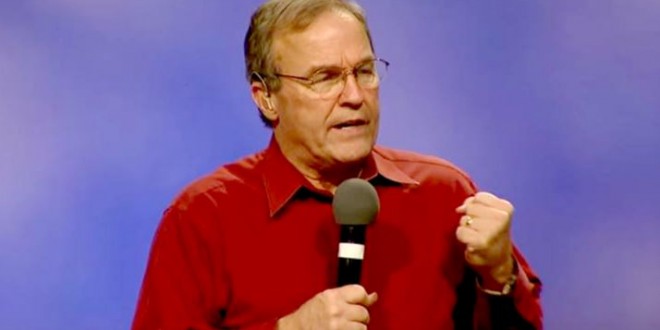 Ted Cruz is thrilled to have the endorsement of lunatic Pastor Mike Bickle. The National Jewish Democratic Council has a problem with this. They write:

“It is profoundly troubling that Sen. Ted Cruz proudly trumpeted the endorsement of such a controversial figure who holds such offensive views. In announcing Bickle’s support, Sen. Cruz said, ‘we will fight the good fight, finish the course.’ We call on Sen. Cruz to clarify his position and explain why he chose to highlight someone who is ‘notorious for having said that God sent Hitler to hunt Jews for not accepting Jesus as the messiah.’ ”

From the Times Of Israel:

Bickle, the founder and director of the International House of Prayer, a Kansas City-based Pentecostal Christian missions organization, runs the Israel Mandate project, an effort to “mobilize an international prayer movement that would pray 24/7 for the nation of Israel to receive their Jewish Messiah, Yeshua (Jesus),” according to its website. The ministry hosts a regular livestream of such prayer for anyone to participate.

In public sermons over the years, Bickle has focused intensely on end-times prophesies, and has predicted that Jesus will not return until Jews embrace him as their Lord and savior. His website claims that “Jesus ‘bound’ Himself by His own prophecy, saying He would only come back and rule in Jerusalem when Israel’s leaders ask Him to reign as King over them.” For Bickle, this is what explains Nazi Germany’s murder of more than six million Jews. In a 2011 sermon, Bickle cited a passage from Jeremiah 16:16 to elucidate the attempted extermination of European Jewry.

“The Lord says, ‘I’m going to give all 20 million of them the chance to respond to the fishermen. And I give them grace.; And he says, ‘And if they don’t respond to grace, I’m going to raise up the hunters.’ And the most famous hunter in recent history is a man named Adolf Hitler,” he told an audience. Cruz has faced some criticism in recent days over his use of the term “chutzpah” to mock real estate magnate Donald Trump’s “New York values,” a comment some said reeked of anti-Semitism.