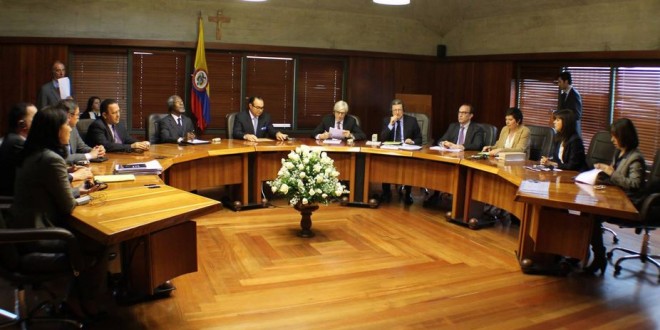 Tomorrow Colombia may join Brazil, Argentina, and Uruguay and become the fourth South American nation to legalize same-sex marriage. From our very own Perchy Bird:

Originally, the [Supreme] Court’s website wrote that the debate on the issue of whether gay couples can marry and if existing marriages performed by civil court judges should be annulled was planned on February 4th, but it was ultimately delayed.

Yesterday, the website once again mentioned the lawsuit in their Order of the Day and has now scheduled a debate on the 18th of this month. If the media predictions are correct, the majority of the 9 Justices will rule in favor of gay couples and make Colombia the next South American country with same-sex marriage.

The Perchy Bird is the work of longtime JMG commenter Luis De La Cruz and focuses on international developments in LGBT rights. Hit the link and bookmark it!

RELATED: In May 2014, Colombian President Juan Santos had this to say: “Marriage between homosexuals to me is perfectly acceptable and what’s more I am defending unions that exist between two people of the same sex with the rights and all of the same privileges that this union should receive. If these unions are called marriage or not is secondary to me. For me it is important that they have their rights.”