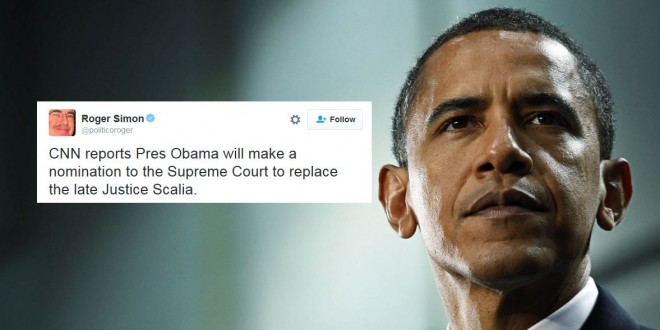 Moments ago CNN broke the new that President Obama has declared that he WILL put forward a Supreme Court nomination. At this writing no timeline is known. Some analysts are saying that the likely nominee will be federal Judge Sri Srinivasan, age 48, whose nomination to the United States Court of Appeals for the District of Columbia Circuit was approved by the Senate by a 97-0 vote in April 2013.