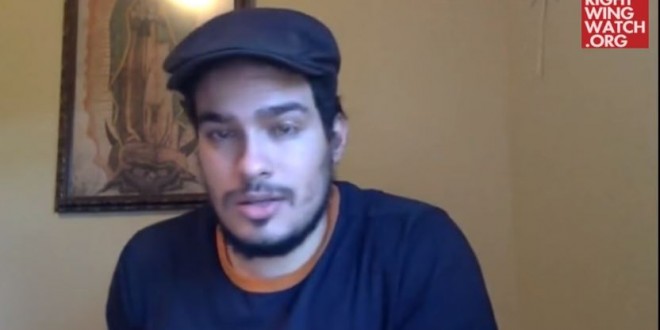 As we know, Ted Shoebat currently appears alongside Mike Huckabee, Mat Staver, Louis Gohmert, Phyllis Schlafly, and a slew of other well-known evangelicals in an anti-LGBT propaganda film made by hate group leader Janet Porter, who is also running for a seat in the Ohio House. Today Shoebat celebrates the fact that gay people are often viciously assaulted or murdered in some nations without any punishment for their attackers. In fact, Shoebat claims, Jesus himself would happily beat homosexuals to death.

“The people who are beating up the sodomites don’t really get punished because the society is so conditioned that way. If there’s a law written in the hearts of the people, then the people who fighting this evil, physically, with their hands, fighting them, beating them up, those people are not going to get in trouble. We don’t have that in America. Jesus Christ took up a whip and beat people up in his Father’s temple. Now imagine if sodomites were in his Father’s temple. Jesus would have killed them all. He wouldn’t just have hit them; Jesus got violent!”