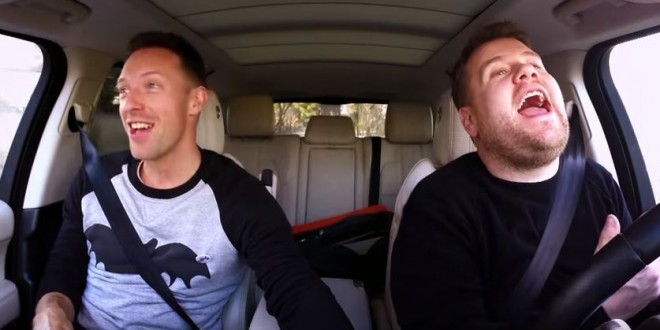 Chris Martin shows off his incredible impression of Rolling Stones rocker Mick Jagger in James Corden’s latest instalment of Carpool Karaoke. The newly-released longer-length clip shows the Coldplay singer hitching a ‘400 mile’ ride with the television host from LA to the Bay area ahead of his Super Bowl performance on Sunday. James can be seen laughing his head off as Chris puckers up his lips and effortlessly mimics Jagger, saying: ‘The secret is to get your voice from high to low.’ The hilarious duo also perform some of the band’s greatest hits together, including Yellow, Clocks and Adventure Of A Lifetime, as well as Bowie’s Heroes.

Previous Harlem Hate Pastor: Fags Will Have Babies Through Their Anus Before I Let Them Have My Church [VIDEO]
Next Maybe 19 Kids & Counting ISN’T Coming Back