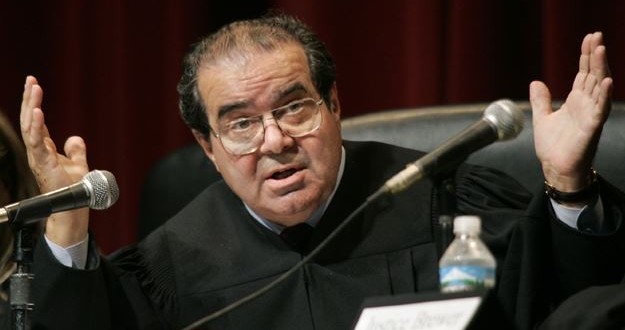 From the Dallas Morning News:

Supreme Court Justice Antonin Scalia died of apparent natural causes Saturday on a luxury resort in West Texas, the San Antonio-Express News reported. Scalia, 79, was a guest at the Cibolo Creek Ranch, a resort in the Big Bend region south of Marfa, the paper reported.

According to a report, Scalia, an associate justice, arrived at the ranch on Friday and attended a private party with about 40 people. When he did not appear for breakfast, a person associated with the ranch went to his room and found a body.

The U.S. Marshal Service, the Presidio County sheriff and the FBI were involved in the investigation, the paper reported. A federal official who asked not to be named told the paper there was no evidence of foul play and it appeared that Scalia died of natural causes. Scalia, the longest serving justice on the Court, was nominated to the U.S. Supreme Court in 1986 by President Ronald Reagan.