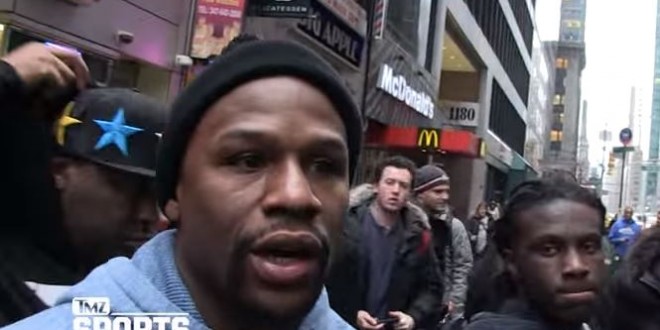 Last year Floyd Mayweather whupped Manny Pacquaio in a match billed as the “fight of the century.” Via TMZ:

Floyd Mayweather has a message for Manny Pacquiao — stop throwing shade at gay people!!! Mayweather was on a jewelry shopping spree in NYC (per usual) when we asked how he felt about his most famous opponent saying gay people are “worse than animals.” Floyd responded by saying Manny needs to be more accepting — “We should let people live their lives the way they want to live their lives. To each his own.” Floyd for the win … again.