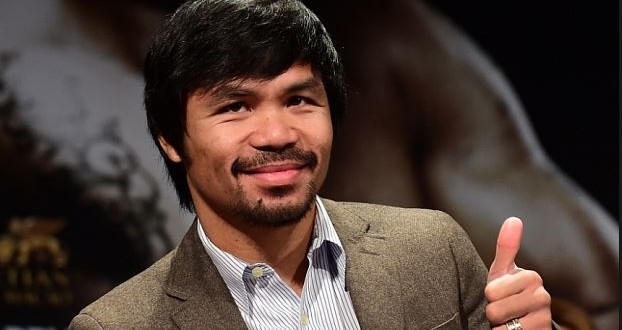 Former worldwide boxing champion Manny Pacquiao, who is running for the Philippines Senate, is saying “sorry not sorry” after declaring that gays are worse than animals. The BBC reports:

Mr Pacquiao’s original remark, made during a TV interview, drew ire from gay Filipino celebrities and a rights group and sparked heated discussion. Initially he appeared unrepentant, writing in a post in Instagram that he was “just telling the truth of what the Bible says”.

In a clip posted online (in Tagalog), he tells the interviewer: “It’s common sense. Will you see any animals where male is to male and female is to female? “The animals are better. They know how to distinguish male from female. If we approve [of] male on male, female on female, then man is worse than animals.”

Filipino comedian Vice Ganda and singer Aiza Seguerra, who are openly gay, have criticised Mr Pacquiao for his comments, calling him a “hypocrite” and a “false prophet”. Local gay rights organisation and political group Ladlad condemned his remarks and issued a call to voters to boycott Mr Pacquiao.