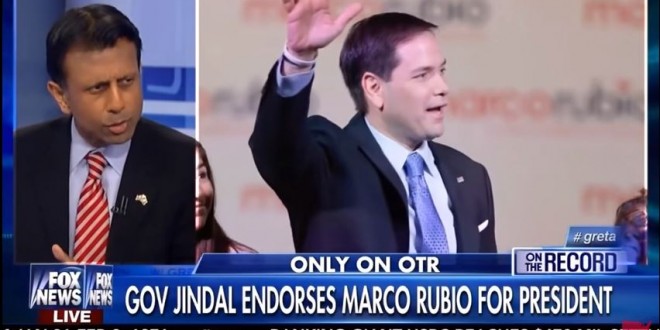 Jindal, who left office in January, was one of the most conservative governors in the country and rising star of the GOP in his own right, before a disastrous response to President Barack Obama’s first address to Congress in 2009 sent him reeling. A former Rhodes Scholar, his presidential effort — which ended in November — was notable for its flailing between news stories of the day, rather than any sustained message.