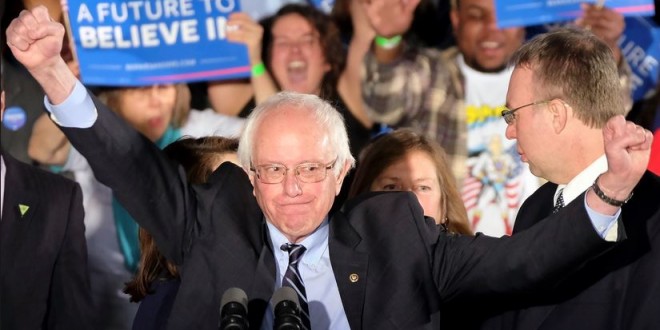 Bernie Sanders appealed for donations during last night’s victory speech after the New Hampshire primary and oh, how the money has poured in. The Hill reports:

Democratic presidential candidate Bernie Sanders’ campaign has raised more than $5.2 million in the 18 hours since the polls closed Tuesday night in New Hampshire. The campaign’s average donation in that time frame was just $34, his campaign said in a release Wednesday. The $5.2 million beat Sanders’ previous record for most money raised in less than a day.

According to Sanders, the average donation since he began his campaign has been just $27.

Previous Carly Fiorina Suspends Presidential Campaign
Next Marcobot: The Media Did Me In At Yesterday’s Primary