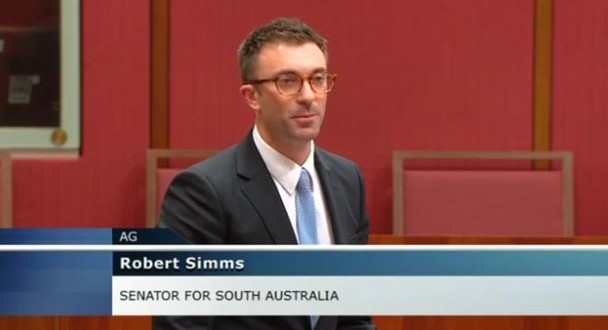 Greens senator Robert Simms has ripped into former prime minister Tony Abbott for speaking to an ultra-conservative anti-gay group in the U.S. last week. “It advocates for the criminalisation of homosexuality and the abolition of anti-discrimination laws that protect the rights of LGBTI people,” he said. “It is a lunatic fringe organisation that promotes an agenda that ruins people’s lives.”

“[Abbott] is a former prime minister of this country… With that in mind, he should think very carefully about the causes with which he associates.” According to a 2013 report from the Southern Poverty Law Centre, the ADF offered assistance to an anti-gay group in Belize to stop a law against homosexual sex, carrying a prison sentence of 10 years, from being overturned.

“My home state of South Australia abolished [laws against gay sex] 40 years ago last year, but that’s the kind of world this organisation wants to take us back to,” Simms said. “With all the heartache and human misery that comes with that.”

“Let’s face it, this is a politician who is so conservative he makes John Howard look like Karl Marx,” Simms said. “It’s time for him to put his ideology aside and stop fanning the flames of division in our country.”

Stick around for the digs at Donald Trump.