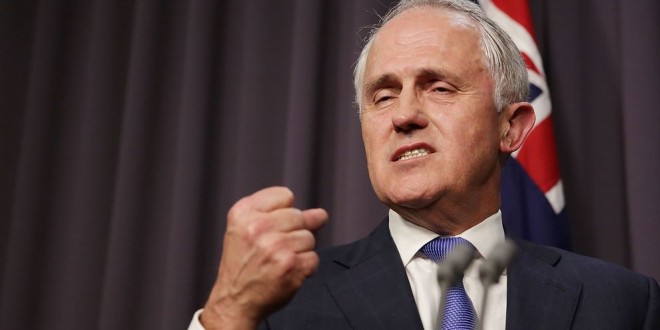 Remember the nutters from Australia’s “Stop Safe Schools” group whose protest backfired, resulting in a financial windfall for an LGBT prom? Now those haters are celebrating after Prime Minister Malcolm Turnbull ordered an investigation into the entire program. From the Sydney Morning Herald:

Turnbull has ordered a review into a controversial school education program aimed at promoting acceptance of gay, lesbian, bisexual and transgender (LGBTI) students.

The move was immediately hailed by the Australian Christian Lobby (ACL) as a win against “rainbow ideology,” while Labor and the teacher’s union slammed Mr Turnbull for buckling to the conservative wing of the Liberal Party.

The Safe Schools teaching manual, set up by Labor but launched by the Coalition in 2014, has been under fire in recent weeks from conservative politicians, the ACL and News Corp newspapers.

An independent review announced on Tuesday will advise Education Minister Simon Birmingham on whether the program’s material is “age appropriate” by mid-March.
Advertisement

The issue dominated discussion in Tuesday’s behind-closed-doors meeting of Coalition MPs and senators.

In the meeting, Liberal senator Cory Bernardi called for the $8 million program to be defunded because he was concerned it was being used to “indoctrinate children into a Marxist agenda of cultural relativism”.

About 500 schools have joined the program, which aims to help teachers respond to “homophobic and transphobic behaviour and to actively create inclusive policies and practices.”