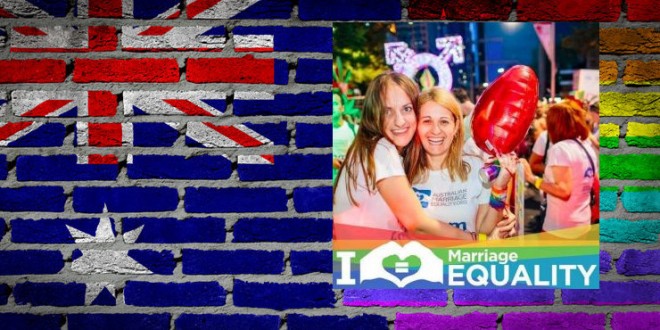 Social media giant Facebook has waded into the divisive same-sex marriage debate in an unprecedented partnership with Australian marriage equality advocates. From Tuesday, Facebook will give its 14 million Australian users the option of adding an Australian Marriage Equality banner to their profile pictures, in what AME hopes will demonstrate “the mainstream support” for the reform.

The move comes amid an increasingly heated public discussion about same-sex marriage and LGBTI issues. On Monday, Fairfax Media reported leaked pamphlets – due to feature in an upcoming campaign against same-sex marriage – suggesting children of gay parents are more prone to “abuse and neglect”.

This is the first time Facebook has used the “frame feature” (which puts a prominent banner at the bottom of a profile picture) for a political or social cause in Australia. However, the new feature follows a rainbow “filter” social media users put over their profile pictures last year in the wake of the US Supreme Court decision backing same-sex marriage.

Facebook is also a sponsor of the upcoming Sydney Gay & Lesbian Mardi Gras.