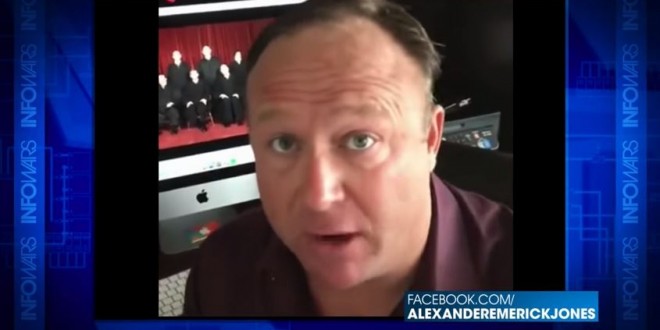 Because of course. From Right Wing Watch:

While accusing Obama of a litany crimes, including secretly funding ISIS and blackmailing Supreme Court justices, Jones said that “this is the season of treason, this is the time of betrayal and we would be fools not to ask the question” if Scalia was assassinated, suggesting that bad actors may have slipped something into the justice’s drink to trigger a heart attack.

“I wonder if Clarence Thomas will die of a heart attack next week,” he continued, adding: “If this is an assassination, it signifies that they’re dropping the hammer, that’s the canary in the coal mine.”

The original Facebook video is at the link. Jones posted the clip below this morning.