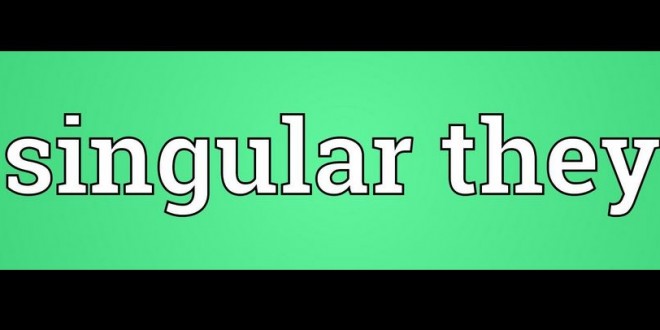 Word Of The Year: The Singular “They”

This is considered a win for trans folks who reject traditional pronouns. From the Washington Post:

Singular “they,” the gender-neutral pronoun, has been named the Word of the Year by a crowd of over 200 linguists at the American Dialect Society’s annual meeting in Washington, D.C. on Friday evening.

In a landslide vote, the language experts chose singular they over “thanks, Obama,” ammosexual, “on fleek,” and other contenders for this annual award given to the most significant term or word in the past year.

Also in the running was schlong, dadbod, and fuckboy.