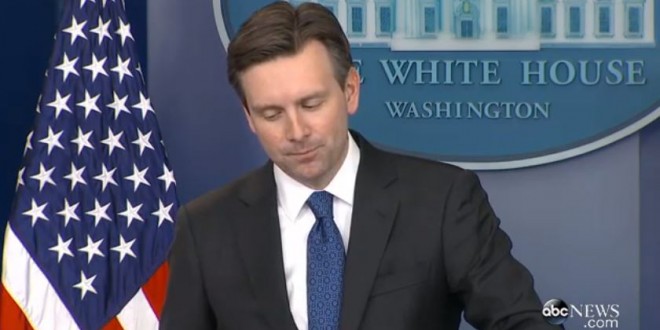 Video below. Via Mediaite:

Earlier this week, Hillary Clinton floated that it would be a “great idea” if she nominated President Obama to the Supreme Court when she is elected president. According to a statement today from Josh Earnest, however, Obama might not be interested in following the path taken by William Howard Taft. When Earnest was asked about Clinton’s thoughts, his guess was that “[Obama’s] aspirations for his post-presidency extend beyond a Supreme Court appointment.” While Earnest said that Obama would probably pursue something with respect to being a constitutional scholar, he guessed that the president would pursue a wider range of issues that do not typically appear before SCOTUS.