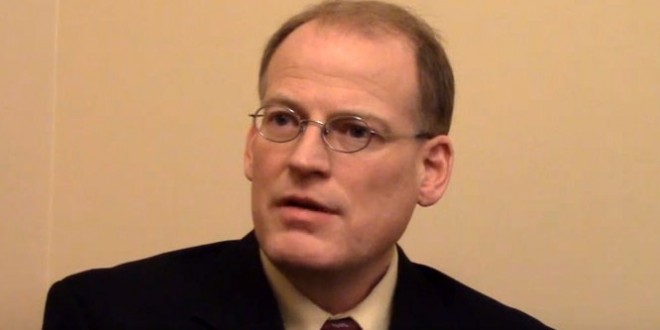 Same-sex marriage bans are still on the books in some states. In Utah, Republican state Rep. Kraig Powell wants to do something about that. Ben Winslow reports for Salt Lake City’s Fox affiliate:

“My proposal is simply to remove that from the Utah Constitution so that it is no longer on the books,” he said in an interview Wednesday.

In 2004, voters in Utah overwhelmingly approved what became known as Amendment 3, which declared marriage as between one man and one woman and did not recognize anything else. Nearly a decade later, three same-sex couples sued the state and in 2014, a federal judge declared Utah’s marriage ban unconstitutional. The 10th U.S. Circuit Court of Appeals in Denver upheld that ruling, and same-sex marriage became legal in Utah.

Powell said his legislation is still being drafted, but he is running it to reflect the reality of the U.S. Supreme Court ruling last year that made same-sex marriage legal nationwide. He said legislators need to be out in front of it.

“If we simply throw up our hands and say, ‘Well, the judges are doing everything now, we’re going to stay out of it,’ we’re abdicating our responsibility,” he told FOX 13.

Powell says he will also introduce a bill to amend marriage licenses to say “spouse” instead of “husband” and “wife.” His planned bills have the haters at the Sutherland Institute very upset:

“There is no need to change Utah’s statutes to conform to the Supreme Court’s misguided marriage ruling. The State is abiding by the ruling, so a change of statute won’t change its practices,” it said.

“More importantly, changing the statute to take out references to men and women, mothers and fathers is inconsistent with the reality that men and women are different and that children deserve a married mother and father. Most Utahns believe that and their view should continue to be respected by Utah legislators even if it won’t be by the Supreme Court.”