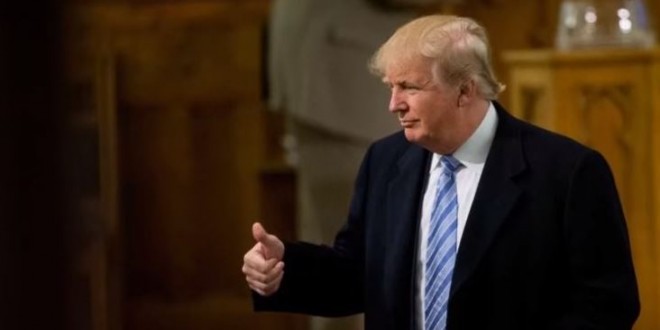 Trump Hears Sermon On Humility At Iowa Church, Wingnuts Scream That The Church Is Pro-Gay

Humility. They knew he was coming. ABC News reports:

On the second-to-last Sunday before the Iowa caucuses, Donald Trump settled into a fifth row pew of an Iowa church for a lesson in humility. “I don’t know if that was aimed at me … perhaps,” Trump said after the hourlong service at the First Presbyterian Church.

One reading during the service, about the importance of humility, included a reference that caught Trump’s ear. “Can you imagine eye telling hand, ‘Get lost, I don’t need you’ or hearing the head telling the foot, ‘You’re fired, your job has been phased out?'” the reader said. “You’re fired!” was Trump’s signature catchphrase when he hosted “The Apprentice” television show.

“I heard that,” Trump later told reporters, when asked about the reference. “I wondered if that was for me. They didn’t even know I was coming, so I doubt it. But it’s an appropriate phrase.”

Over at the RWNJ site Get Religion, they’re screaming that that church is aligned with the “liberal Presbyterian Church (U.S.A.), which backs same-sex marriage.” Clearly, Trump hates White Jesus.