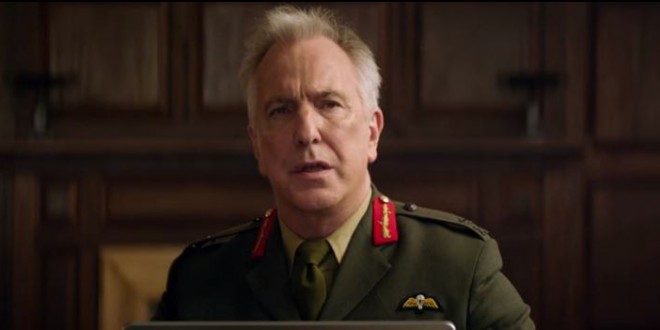 TRAILER: Eye In The Sky

After the sad news of Alan Rickman’s passing last week, many fans took comfort in the fact that his work lives on through the many films he worked on, including a couple of movies that hadn’t even been released yet. Now, the first trailer for Rickman’s last live-action performance has been released. Called Eye in the Sky, the film is based around a controversial drone strike proposal, and features Rickman as a UK military officer who has to make a tough call alongside Helen Mirren’s intelligence officer and Aaron Paul’s drone operator. Should they pull the trigger on a dangerous figure, even if innocent people could get in the way?