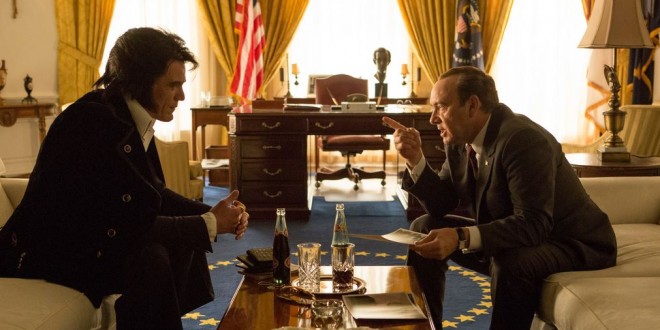 How do you make an entire movie about a one-day visit to the White House by an aging rock n’ roll icon and the Commander-In-Chief of the U.S.? Well, that’s what filmmaker Liza Johnson tries to pull off in “Elvis & Nixon,” the true story of the morning of December 21, 1970, when The King (Michael Shannon), turned up at the White House and demanded to be sworn in as a Federal Agent to join in the fight against drugs and communism by then POTUS Richard Nixon (Kevin Spacey).