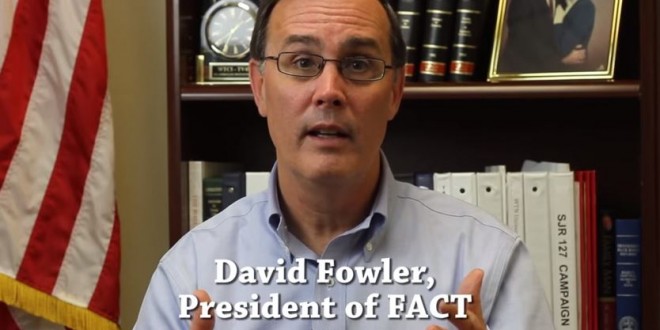 The suit was filed today by former state Sen. David Fowler, who is now the head of the Family Action Council of Tennessee. The Tennessean reports:

During a morning press conference at the Capitol, Fowler said the heart of the lawsuit is based upon determining who rules the citizens of Tennessee and ultimately the people of the United States.

After pointing out the lawsuit is not an attempt to deny the power of a federal court to judge the constitutionality of a given law, Fowler said the issue is centered on one question. “How does anyone, regardless of the sexes of the parties, get a valid marriage license pursuant to an invalid law?” he asked.

Williamson County was among the handful that initially refused to issue marriage licenses after the Obergefell ruling, so it’s likely they have a sympathetic defendant in County Clerk Elaine Anderson.

The plaintiffs include raving nutcase and anti-LGBT activist Larry Tomczak, author of a book about how Christian parents should beat their children. Last year Tomczak was mocked on The Ellen Show after complaining that there are too many gay people on television.