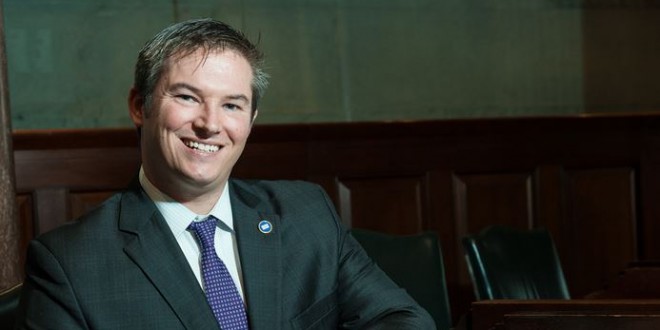 Trump will be thrilled. Via the Associated Press:

State Sen. Jeff Yarbro [PHOTO] and Rep. Jason Powell, both of Nashville, filed the bill on Thursday that would bar the secretary of state from placing the nominee of either party on the ballot if they fail to meet the constitutional eligibility requirements.

While the Democrats say the legislation isn’t aimed at any candidate, Republican U.S. Sen. Ted Cruz, who was born to an American mother and Cuban father while they lived in Calgary, is the only presidential hopeful who has had to defend his eligibility to run. Cruz argues that because his mother is American, he became a U.S. citizen at birth.