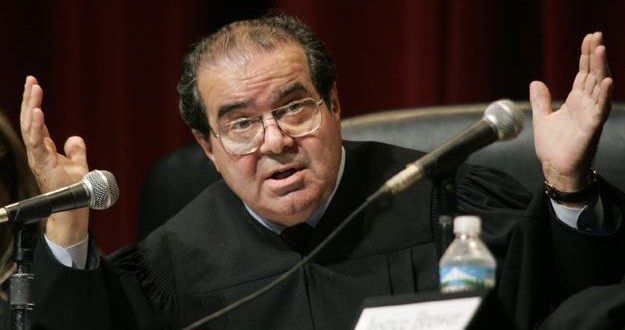 Antonin Scalia yesterday declared that religious neutrality has no basis in the Constitution and that God has been good to the United States because the government shows him favor. The Associated Press:

Scalia was speaking at a Catholic high school in the New Orleans suburb of Metairie, Louisiana. Scalia, who was appointed by President Ronald Reagan in 1986 is the court’s longest serving justice. He has consistently been one of the court’s more conservative members.

He told the audience at Archbishop Rummel High School that there is “no place” in the country’s constitutional traditions for the idea that the state must be neutral between religion and its absence.

“To tell you the truth there is no place for that in our constitutional tradition. Where did that come from?” he said. “To be sure, you can’t favor one denomination over another but can’t favor religion over non-religion?”

Previous Exorcism Of The Day [VIDEO]
Next Texas Gov To Obama: Come Try And Take My Gun