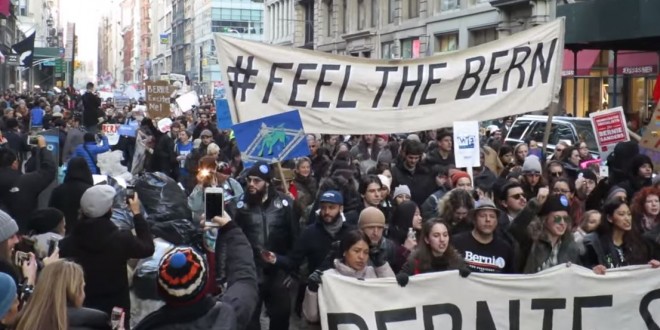 Yesterday thousands of Bernie Sanders supporters gathered in Manhattan’s Union Square and then marched down Broadway to Zuccotti Park, the location of 2011’s Occupy Wall Street demonstrations. Similar marches took place yesterday in about three dozen cities around the country to little to no mention by the press, including the New York Times, which yesterday endorsed Hillary Clinton. The video below was taken at the corner of Prince and Broadway by the husband of Father Tony Adams.