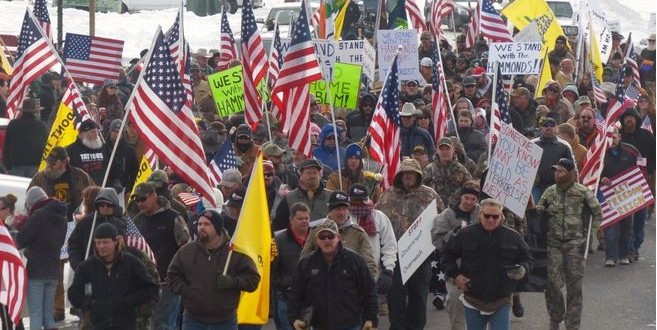 A militia protesting the “tyranny” of the federal government seized the headquarters of a federal wildlife refuge in Oregon on Saturday and in a video posted to Facebook, called on “patriots” from all over the country to come to the refuge with their guns to join their fight.

Among the militia’s members are Ammon Bundy, whose father Cliven Bundy became a Fox News star in 2014 for his armed standoff in Nevada with the federal government over cattle-grazing rights. The apparent goal of the takeover is ultimately to induce the federal government to turn over government-owned land to local ranchers, loggers, and miners for their use.