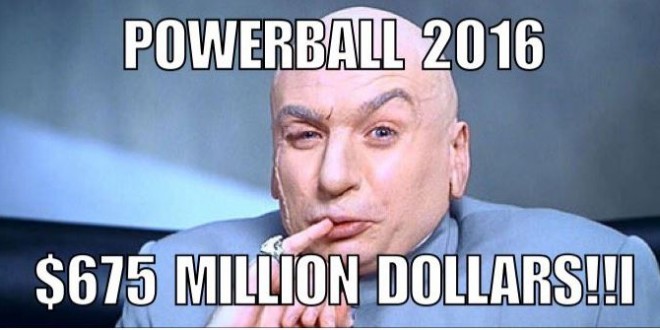 Well, you didn’t win the Powerball. But if you did, what would you do? NBC News breaks down last night’s drawing:

The jackpot will roll over to an estimated $675 million — the largest lottery prize in U.S. history, according to Texas Lottery spokesperson Kelly Cripe — when it’s drawn again Saturday night. The numbers drawn in Wednesday night’s $500 million jackpot were 2, 11, 47, 62 and 63. The Powerball number is 17, with a multiplier of 3. The $500 million prize ranked as the sixth largest offered in North America and the biggest since a $564.1 million Powerball prize shared by players from North Carolina, Texas and Puerto Rico last February.

The biggest individual lottery win came in 2013 when an elderly Florida woman shared the $590M prize with her gay son.