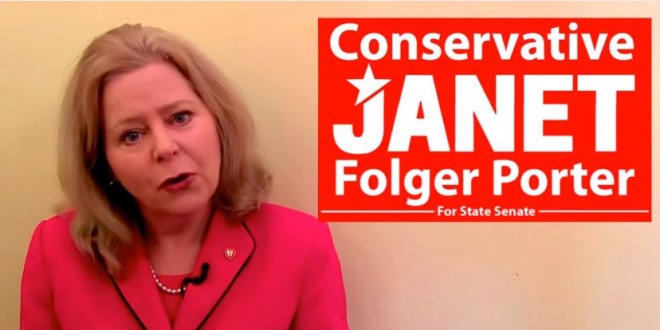 Raving anti-LGBT activist Janet Porter is running for the Ohio Senate and yesterday she released a campaign clip / money beg in which she brags that she is the second-most tracked nutjob on Right Wing Watch behind Michele Bachmann. In fact, filthy leftists hate her even more than they hate Sarah Palin! Send money now! Watch below.