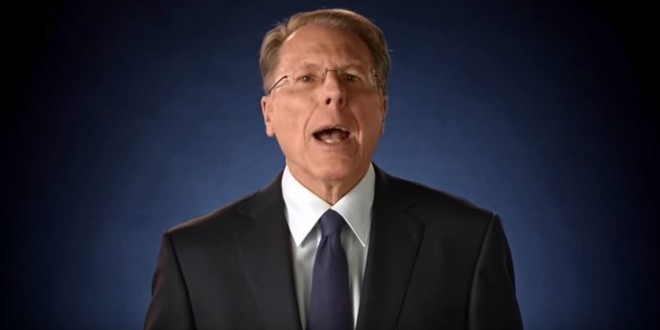 National Rifle Association head Wayne LaPierre, after unloading with both barrels on President Obama, challenged the Commander-in-Chief to an hour-long debate on guns. “I’ll meet you for a one-on-one, one-hour debate — with a mutually agreed moderator — on any network that will take it,” LaPierre declared in a video released Thursday on the NRA website. “No pre-screened questions and no gasbag answers. Americans will judge for themselves who they trust and believe on this issue — you or the NRA.”

LaPierre’s eight-minute rant was prompted by Obama’s recent executive orders clamping down on gun sales and increasing the number of buyers requiring background checks, among other things. The president also encouraged further exploration of smart gun technology. Last week, Obama said the NRA skipped out on a chance to speak face to face about the issue during a CNN airing of a town-hall meeting.

LaPierre opened the video by blasting away at Obama with a series of insults. “Americans are growing more and more sick and tired of Barack Obama,” he declared. “They’re sick of the sanctimony, the narcissistic celebrity, the dishonesty and growing number of failures. “They have never feared for America’s future like they have right now … The president has laid waste to the America we remember.”