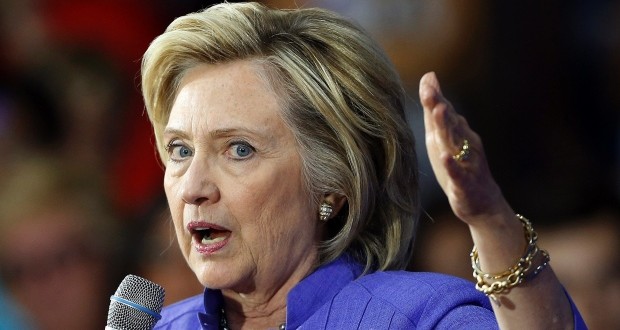 Hillary Clinton would be the first woman nominated by a major party. She served as a senator from a major state (New York) and as secretary of state — not to mention her experience on the national stage as first lady with her brilliant and flawed husband, President Bill Clinton. The Times editorial board has endorsed her three times for federal office — twice for Senate and once in the 2008 Democratic presidential primary — and is doing so again with confidence and enthusiasm.

Mrs. Clinton’s main opponent, Senator Bernie Sanders, a self-described Democratic Socialist, has proved to be more formidable than most people, including Mrs. Clinton, anticipated. He has brought income inequality and the lingering pain of the middle class to center stage and pushed Mrs. Clinton a bit more to the left than she might have gone on economic issues. Mr. Sanders has also surfaced important foreign policy questions, including the need for greater restraint in the use of military force.

In the end, though, Mr. Sanders does not have the breadth of experience or policy ideas that Mrs. Clinton offers. His boldest proposals — to break up the banks and to start all over on health care reform with a Medicare-for-all system — have earned him support among alienated middle-class voters and young people. But his plans for achieving them aren’t realistic, while Mrs. Clinton has very good, and achievable, proposals in both areas.

On the Republican side the Times has endorsed….John Kasich.