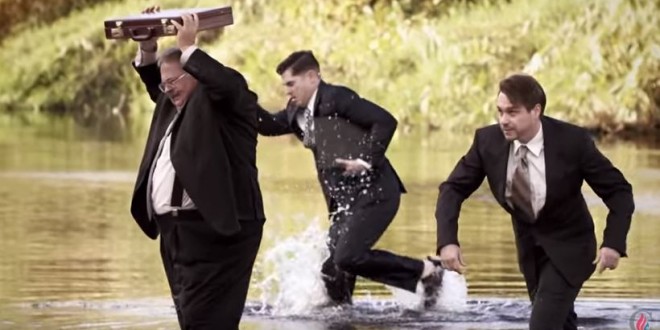 A new television ad from Sen. Ted Cruz shows a bunch of professionals in business attire crossing the U.S. border with Mexico illegally, purportedly showing them coming into America to take jobs away from America’s elite. “I understand that when the mainstream media covers immigration, it doesn’t often see it as an economic issue,” Cruz says, using audio from the mid-November debate in Milwaukee where he made this point, in the ad.

Mostly the ad is a slam on Marco Rubio. Because Cruz remains too chickenshit to go after Trump.