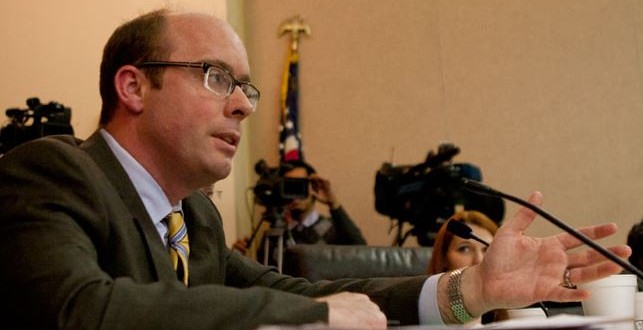 Nebraska’s defunct same-sex marriage ban could once again go before voters under a measure that seeks to remove it from the state constitution. Sen. Burke Harr of Omaha told a legislative committee Wednesday that his proposed amendment would ensure the constitution stays consistent with the U.S. Supreme Court’s ruling that allowed same-sex marriage. Voters approved the state’s marriage amendment in 2000, but the court’s decision rendered it unenforceable even though it remains in the constitution.

State Sen. Ernie Chambers says he support the amendment, but he expressed concerns that the state’s reputation would be damaged if the ban were to be retained. Either way, it would remain moot. Many states still have their bans on the books.

UPDATE: And here come the haters.

On Wednesday, Nebraska Family Alliance and the Nebraska Catholic Conference both came out opposed to measures that would update language in state law to reflect last year’s U.S. Supreme Court decision striking down bans on gay marriage.

“Regardless of what a narrow majority of the Supreme Court may declare at this moment in history, the nature of human person and marriage remain unchanged and unchangeable,” Greg Schleppenbach, executive director of the Catholic Conference, told members of the Legislature’s Judiciary Committee.