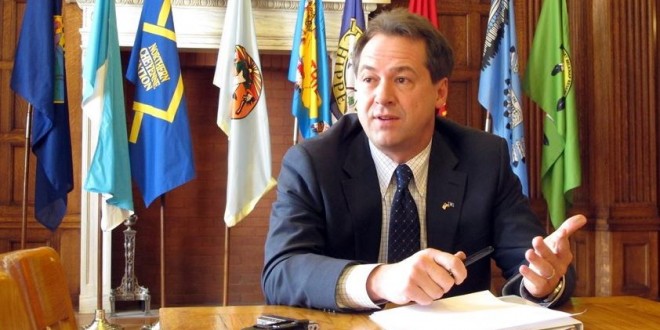 In a press conference earlier today Governor Bullock celebrated Martin Luther King Jr. day by noting that it is time to “recommit to King’s values of compassion and equity” by expanding protections for LGBT people in Montana. He also spoke to Montana’s private business owners, stating “while an executive order applies to state government only I encourage private businesses to examine their policies as well.”

“Discrimination in any form is wrong, and through his actions today, Governor Bullock has taken a bold step to expand equality and fairness for all,” said HRC President Chad Griffin. “We commend him for doing everything in his administrative power to fight for the rights of LGBT Montanans, and hope his actions encourage other government officials to make safeguarding protections for all residents and visitors a priority.”

The order takes effect immediately. Bullock was elected in November 2012 after one term as Montana’s attorney general. He issued a celebratory press release following the November 2014 overturn of Montana’s ban on same-sex marriage.