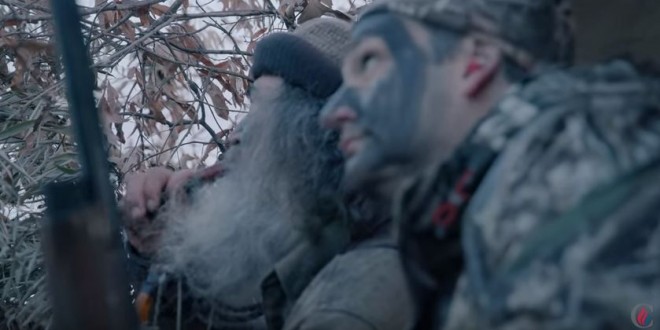 And yet another viciously anti-gay nutjob jumps into the Cruz camp. From the Associated Press:

Republican presidential candidate Ted Cruz has bagged the endorsement of “Duck Dynasty” star Phil Robertson after going hunting with him.

The bearded and camouflaged Robertson announced his endorsement of Cruz in a video released Wednesday. Robertson and Cruz are shown sitting in a duck blind, blowing a duck whistle and firing shotguns. The Republican senator from Texas is wearing camouflage overalls.

Robertson says in the endorsement video that his qualifications for a president include someone who is godly and who would “kill a duck and put him in a pot and make him a good duck gumbo.” He says Cruz “fits the bill.”

Cruz defended Robertson in 2014 when he got in trouble for declaring that gays are sinners and that African-Americans were happy under Jim Crow laws.