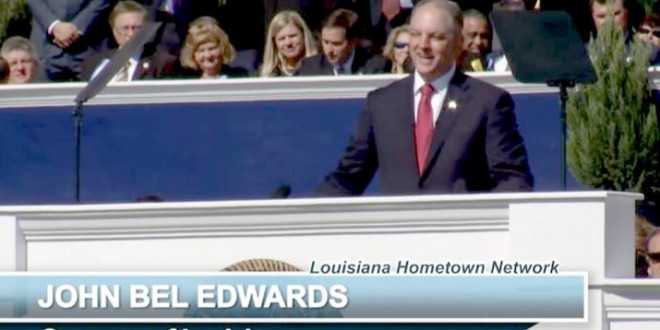 Democratic Louisiana Gov. John Bel Edwards was sworn in yesterday and as Bobby Jindal hits the exit things will immediately get better for the state’s impoverished families. Via Daily News Bin:

Edwards says that he’s signing off on Medicaid expansion this Tuesday. That means at least 100,000 low-income residents of Louisiana will gain access to health care immediately. The Affordable Care Act of 2009 provided federal funding for expanding Medicaid to those who are as much as 38% over the poverty line, but the Supreme Court subsequently ruled that individual states could decline the funds. Jindal was among the Republican governors who chose politics over the health of their own residents. But that now ends immediately.