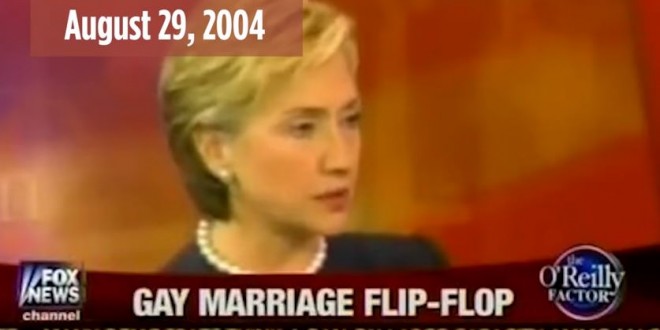 In 2012 the Log Cabin Republicans endorsed Mitt Romney after he signed NOM’s hate pledge to support placing a ban on same-sex marriage into to the US Constitution. Today they have a problem with Hillary Clinton on the same issue. They write:

Not everyone in the United States Senate supported marriage equality in 2004, but few took to the floor of the chamber to hammer home the point the way Hillary Clinton did. Democrats and members of the LGBT community have given Hillary Clinton a pass on past transgressions and even allowed her to rewrite the history of the gay rights movement; Log Cabin Republicans will not. It’s time for the people of Iowa—and the country—to know that when it mattered, Hillary Clinton was wrong on gay rights. Previous BREAKING: Ali Forney Center Wants The Harlem Hate Church And A Fundraiser Has Been Launched
Next VIRAL VIDEO: Donald Trump With A Cockney Accent