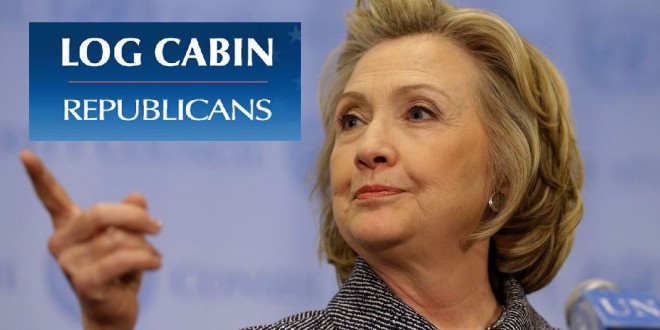 The Log Cabin Republicans this morning tweeted out a link to their letter to the editor of the Washington Post. It reads:

But Ms. Clinton has imposed the same gendered double standards on female rivals of her own. Consider how she slut-shamed and stereotyped 22-year-old Monica Lewinsky as a “narcissistic loony toon,” casting Bill Clinton as the victim of sexual predation from an unstable admirer. Or how Ms. Clinton degraded other betrayed wives, mocking the pathetic, proverbial “little woman standing by [her] man like Tammy Wynette.”

The letter was authored by Log Cabin communications director Lisa Linnea Schoch. In 2008 the Log Cabin Republicans endorsed McCain/Palin. In 2012 they endorsed Romney/Ryan. Both endorsements came shortly before the general election.