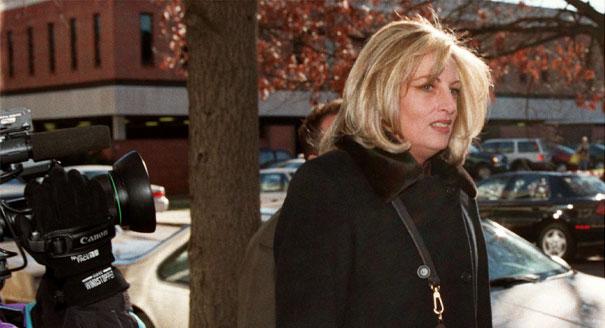 In today’s top story on Breitbart, Linda Tripp claims that Bill Clinton has had thousands of affairs. Yes, thousands. Tripp also declares that she saved Monica Lewinsky’s life by coming forward. They write:

In a rare interview, Linda Tripp, a pivotal figure in the Monica Lewinsky scandal, revealed on Sunday it was common knowledge while she worked in the West Wing that Bill Clinton had affairs with “thousands of women.”

Speaking on “Aaron Klein Investigative Radio,” Tripp for the first time divulged that she personally knew another White House staffer aside from Lewinsky who was also having an affair with Clinton. That unnamed staffer was mentioned by Tripp in various depositions but she has not spoken about it publicly.

She charged that Hillary Clinton not only knew about her husband’s exploits, “She made it her personal mission to disseminate information and destroy the women with whom he dallied.”

Tripp says she cringes at the sight of Clinton presenting herself as “a champion of women’s rights worldwide in a global fashion, and yet all of the women she has destroyed over the years to ensure her political viability continues is sickening to me.”

I say today and I will continue to say that I believe Monica Lewinsky is alive today because of choices I made and action I took. That may sound melodramatic to your listeners. I can only say that from my perspective I believe that she and I at the time were in danger, because nothing stands in the way of these people achieving their political ends.

I think that had it not become public when it did, particularly in light of the Paula Jones lawsuit, which was coming to a head with President Clinton’s deposition, that we may well have met with an accident. It’s a situation where unless you lived it as I did you would have no real framework of reference for this sort of situation.

Tripp goes on to say that the world needs more Matt Drudges. The Lewinksy scandal was Drudge’s breakout story and he has relentlessly attacked both Clintons ever since.